The State of Patent Eligibility in America 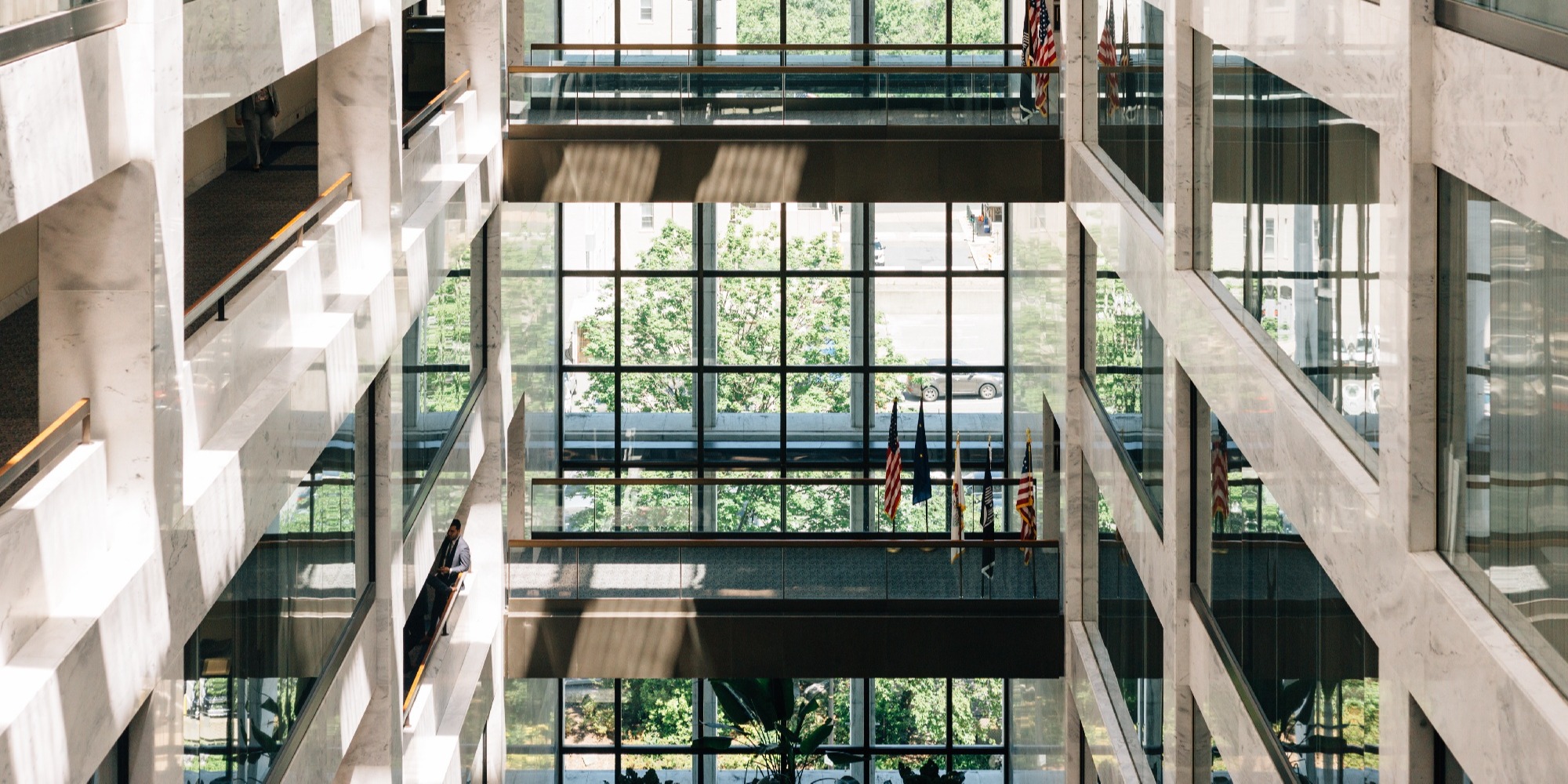 Over the last two weeks, patent practitioners, former judges, consultants, and law professors have testified in front of the Senate on the subject of patent eligibility law. Here's a recap of the hearings:

Back on May 22, Senators Thom Tillis (R-NC) and Chris Coons (D-DE), and Representatives Doug Collins (R-GA-9), Hank Johnson (D-GA-4), and Steve Stivers (R-OH-15) released the draft of a bipartisan, bicameral bill to reform Section 101 of the Patent Act.

We need not delve into the full history of patent eligibility jurisprudence here, but just to summarize, the Supreme Court’s 2014 decision in Alice Corp. v. CLS Bank, 573 U.S. 208, introduced significant uncertainty into the judicial framework by which lower courts and the USPTO determine subject matter eligibility. Since then, there have been numerous calls for clarification and reform.

In addition to introducing the text of the draft bill, Senators Tillis and Coons revived the Senate Judiciary Subcommittee on Intellectual Property and scheduled a series of hearings titled “The State of Patent Eligibility in America” to be held in three parts over the course of three days. The purpose of the hearings was to solicit additional stakeholder feedback from a diverse range of witnesses and to hear the challenges different industries are facing under the current patent eligibility framework.

A look at the draft bill

The text of the draft bill reads, in pertinent part:

(a) Whoever invents or discovers any useful process, machine, manufacture, or composition of matter, or any useful improvement thereof, may obtain a patent therefor, subject to the conditions and requirements of this title.

The provisions of section 101 shall be construed in favor of eligibility.

No implicit or other judicially created exceptions to subject matter eligibility, including “abstract ideas,” “laws of nature,” or “natural phenomena,” shall be used to determine patent eligibility under section 101, and all cases establishing or interpreting those exceptions to eligibility are hereby abrogated.

This language is a significant departure from the current § 101 framework and would radically alter the way the courts and the USPTO evaluate subject matter eligibility. When read in light of the Alice/Mayo decisions, the bill almost functions as an explicit repudiation of the Court’s interpretation of § 101 of the Patent Act. Given the breadth of this change, the bill’s sponsors emphasized that its language is not final and is subject to additional revision pending the outcomes of the subcommittee hearings.

The roster of witnesses

The hearings consisted of testimony from a total of 45 witnesses from a broad range of industry sectors, including patent practitioners, former judges, consultants, and law professors. Here's a full roster of the witnesses, as well as each witness’ general position on the draft bill.

Summary of Day One: June 4

The first of the hearings, conducted on June 4, consisted of three panels. Panel I was comprised of a variety of USPTO and Federal Circuit insiders, including Paul Michel, former Chief Judge of the Court of Appeals for the Federal Circuit (CAFC), and Todd Dickinson and David Kappos, both former Directors of the USPTO. Michel was firmly in support of the draft bill, testifying that, even from the perspective of a seasoned jurist, the current state of patent eligibility is “chaotic” and unpredictable. Dickinson and Kappos were also in support of the draft bill, arguing that the USPTO has attempted to clarify the Alice/Mayo framework many times, but its efforts to do so cannot be truly effective without a change from the top — in this case, Congress.

The third and final panel was composed of a number of law professors, including Paul Gugliuzza (Boston University School of Law), Joshua Sarnoff (DePaul University College of Law), and Adam Mossoff (George Mason University Antonin Scalia Law School). Gugliuzza was opposed to the draft bill, stating that the current regime, while imperfect, reduces litigation costs by allowing courts to quickly dismiss infringement claims that plainly lack merit. Sarnoff also opposed the draft bill, even going so far as to assert that it is unconstitutional because it exceeds Congress’ Article I powers and may violate the First Amendment. Mossoff was friendlier toward the draft bill, supporting it on the grounds that the Alice/Mayo framework has resulted in unprecedented and unreasonably high rates of invalidity findings.

The second round of Senate Judiciary hearings was held on June 5 and also consisted of three panels. The first panel was made up mostly of representatives from IP associations, including Barbara Fiacco, President-Elect of the American Intellectual Property Law Association (AIPLA), Scott Partridge, Former Chair of the American Bar Association (ABA) Intellectual Property Section, and Henry Hadad, President of the Intellectual Property Owners Association (IPO). All three witnesses supported the draft bill, using terms such as “strained,” “subjective,” and “inconsistent” to describe the current state of § 101 jurisprudence. Hadad also reminded the Subcommittee that his organization and the AIPLA previously submitted a joint legislative proposal similar to the draft bill under consideration, underscoring the two organizations’ longstanding commitment to § 101 reform.

Panel II consisted of individuals representing various industry associations, including Paul Morinville, Founder and President of U.S. Inventor, Christopher Mohr, General Counsel of the Software and Information Industry Association, and William Jenks on behalf of the Internet Association. Morinville generally supported the draft bill’s changes to § 101, arguing that Alice has wreaked havoc on the startup community and done irreparable damage to America’s technology industry, but strongly objected to the bill’s proposed changes to §§ 100 and 112. Mohr took the opposite view, asserting that Alice’s prohibition on claiming activities implemented “on a computer” actually encourages true software innovation. Jenks was also opposed to the draft bill, stating that it would allow weak patent claims (such as those in Alice and Bilski) to issue unabated.

The final panel of the day was comprised of several representatives from the biotech and pharmaceutical industries, including Jeff Francer, General Counsel of the Association for Accessible Medicines, and Hans Sauer, Deputy General Counsel for the Biotechnology Innovation Organization (BIO). Kate Ruane, Senior Legislative Counsel at the American Civil Liberties Union (ACLU) was also in attendance. Francer was opposed to the draft bill on the grounds that it would result in higher drug prices by allowing pharmaceutical companies to add basic mental processes, “the facts of life,” and laws of nature to their patent portfolios. Sauer then countered this argument, stating that the expanding scope of judicial exceptions (i.e. “§ 101 creep”) discourages R&D investment in smaller biotech companies and lengthens the amount of time that patients must wait for new cures. Ruane opposed the draft bill, asserting that it would allow human genes to be patented and likely would raise constitutional questions regarding the government’s ability to grant monopolies to private parties over entire fields of knowledge.

The third and final round of hearings took place on June 11. The first panel of the day consisted of several in-house patent counsels at large technology companies, including Manny Schecter, Chief Patent Counsel at IBM, Laurie Self, Senior VP and Counsel at Qualcomm, and Byron Holz, Senior IP Rights Licensing Counsel at Nokia. All three of these witnesses supported the proposed draft bill on the grounds that the current uncertainty surrounding patent eligibility has harmed their companies’ efforts at innovation and put significant investments in R&D at risk. Sean Reilly, Senior VP and Associate General Counsel at the Clearing House Payments Company, was lukewarm on the draft bill. While he acknowledged that the current regime is not ideal, he felt that the draft bill in its current form is too broad in scope and lacks sufficient substantive and procedural safeguards.

The second panel was comprised of several representatives from the life sciences industry, including Sean George, CEO of Invitae, Laurie Hill, VP of Intellectual Property at Genentech, and Gonzalo Merino, VP and Chief IP Counsel at Regeneron Pharmaceuticals. George was opposed to the bill on the grounds that Myriad was a very effective tool for eliminating DNA patent thickets, which in turn allowed the genetic medicines industry to thrive, even going so far as to call the post-Myriad landscape the “golden age of precision medicine.” Hill and Merino supported the draft bill, with Hill arguing that § 101 was never intended to be anything more than a “coarse filter” and that the majority of patentability analysis should be left to other sections of the Patent Act. Merino stated that the current system poses a public health risk, as § 101 hinders Regeneron’s ability to bring potentially life-saving drugs to market.

The final panel consisted of a diverse range of witnesses, such as Robert Deberadine, Chief IP Counsel at Johnson & Johnson, Nicolas Dupont, CEO and Executive Chairman of Cyborg, Inc., and John Vanddenberg, Partner at Klarquist Sparkman. Deberadine supported the draft bill for many of the same reasons as other representatives from the life sciences and pharmaceuticals industries — namely, that the current regime’s inherent uncertainty harms the public by prohibiting companies from monetizing groundbreaking medical treatments. Dupont, who founded the startup Cyborg, Inc. when he was in high school, explained that the current system harms the software startup ecosystem by frequently turning large investments in patent prosecution into costly losses, causing significant harm to small companies with limited funds. Vandenberg opposed the draft bill, arguing that weakening § 101 could allow foreign companies, especially those in China, to obtain abstract-idea patents that would harm American business and innovation.

Where do we go from here?

With the Senate hearings concluded, it remains to be seen which changes the draft bill’s sponsors will incorporate into the final version. From an outside prospective, It seems clear that the weight of opinion leans strongly toward § 101 reform, as the majority of witnesses were in favor of the draft bill. Even many of those who were opposed to it acknowledged the flaws inherent in the current system, indicating that they are generally receptive to § 101 reform, albeit in a less radical form than that proposed in the current draft bill.

At the conclusion of the hearings, Senator Tillis stated that he was convinced of the need for “further refinements” to the bill, but also emphasized the need to act quickly, predicting that a final bill would be ready for introduction after Congress’s July 4 recess.

One thing is for certain – shifts in the patent landscape, and in regards to subject matter eligibility specifically, are far from resolved. Basing decisions on past experience alone will be tricky, as patent practitioners often find themselves in uncharted territory. All the more reason patent practitioners need up-to-date, quality data on hand to help drive informed decision making.

Don't risk making a decision without the latest data. Request a demo of Juristat today.