Valentine’s Day favors the poets, the romantics, the people who don’t get intimidated by the blank space of a Hallmark card. Patents are hardly tender or affectionate, but behind some patents are amorous patent holders who can create loving relationships as skillfully as they can invent new products. For this Valentine’s Day, Juristat introduces five patent holders and their fascinating flirtations.

Samuel Popeil was an inventor and a romantic of sorts. Samuel invented the Chop-O-Matic series of products (US Patent 2,787,308) and had what you’d consider an on-again-off-again relationship with his wife, Eloise.¹ In 1974, Eloise hired two hit men to kill Samuel. After serving 11 months in jail, Eloise and Samuel buried their past grievances and remarried.²

Facebook CEO Mark Zuckerberg’s first patent was approved the same year he married his college sweetheart, Priscilla Chan. In 2006, Zuckerberg applied for his first patent, and, six years later, US Patent 8,225,376 was approved.³ Zuckerberg and Chan met while undergraduates at Harvard. Chan is a graduate of the University of California- San Francisco School of Medicine and a daughter of Vietnamese immigrants.¹ª

Long before 24-Hour Fitness chains and cross-fit, Jack LaLane was the face of fitness. LaLane’s legendary feats of strength include 1,033 push-ups in 23 minutes and swimming handcuffed from Alcatraz Island to Fisherman’s Wharf.²ª But few know that LaLanne was a patent holder (US Patent 3,752,473) and a married man of over 50 years.³ª Jack and Elaine LaLanne met on an ABC-TV show in San Francisco. Together, the two proved that the most important muscle is the human heart.

Perhaps the 20th century’s most prolific inventor, Thomas Edison accumulated 1,093 US patents.¹° Best known for his work on the phonograph, Edison was also known to sing the praises of several young women. Edison’s first wife was just 16-years-old when they married.²° After his first wife’s death, a 39-year-old Edison married 20-year-old Mina Miller, daughter of Lewis Miller. Lewis Miller was an accomplished inventor himself, having 92 patents to his name. Mina and Edison married on Christmas Day 1886 and had three children together.³° 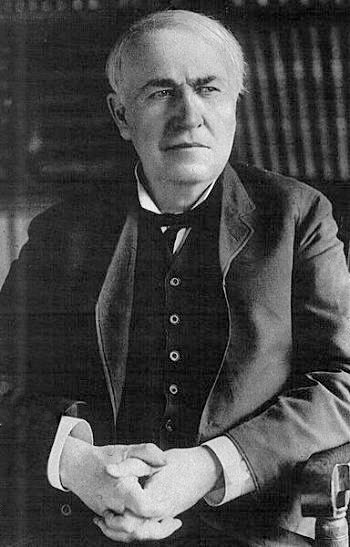 David Williams, known as “Carbine,” not only has the best nickname of any inventor, but also the most loyal spouse. In 1918, Williams married Margaret Cook. The marriage’s early years were a trying time for the couple. Williams was fired from his railroad job for shooting a pistol at work, and then sentenced to prison after the police raided his moonshine distilleries. But “Miss Maggie,” as Margaret Cook was known, stuck by her man. Perhaps she saw a mechanical genius behind Williams’s deviant behavior. While in prison, Williams invented gun components that revolutionized small arms manufacture. Back home after early release, Williams developed a short-stroke piston for use in the Winchester M1 carbine rifle. The M1 carbine earned Williams his nickname and was praised by General MacArthur as “one of the strongest contributing factors in our victory in the Pacific.” Staring down the barrel of job loss, prison, and hours in the machine shop never scared Miss Maggie away from William’s side. Once the gun-smoke settled, the couple retired to their native rural North Carolina.¹ˆ