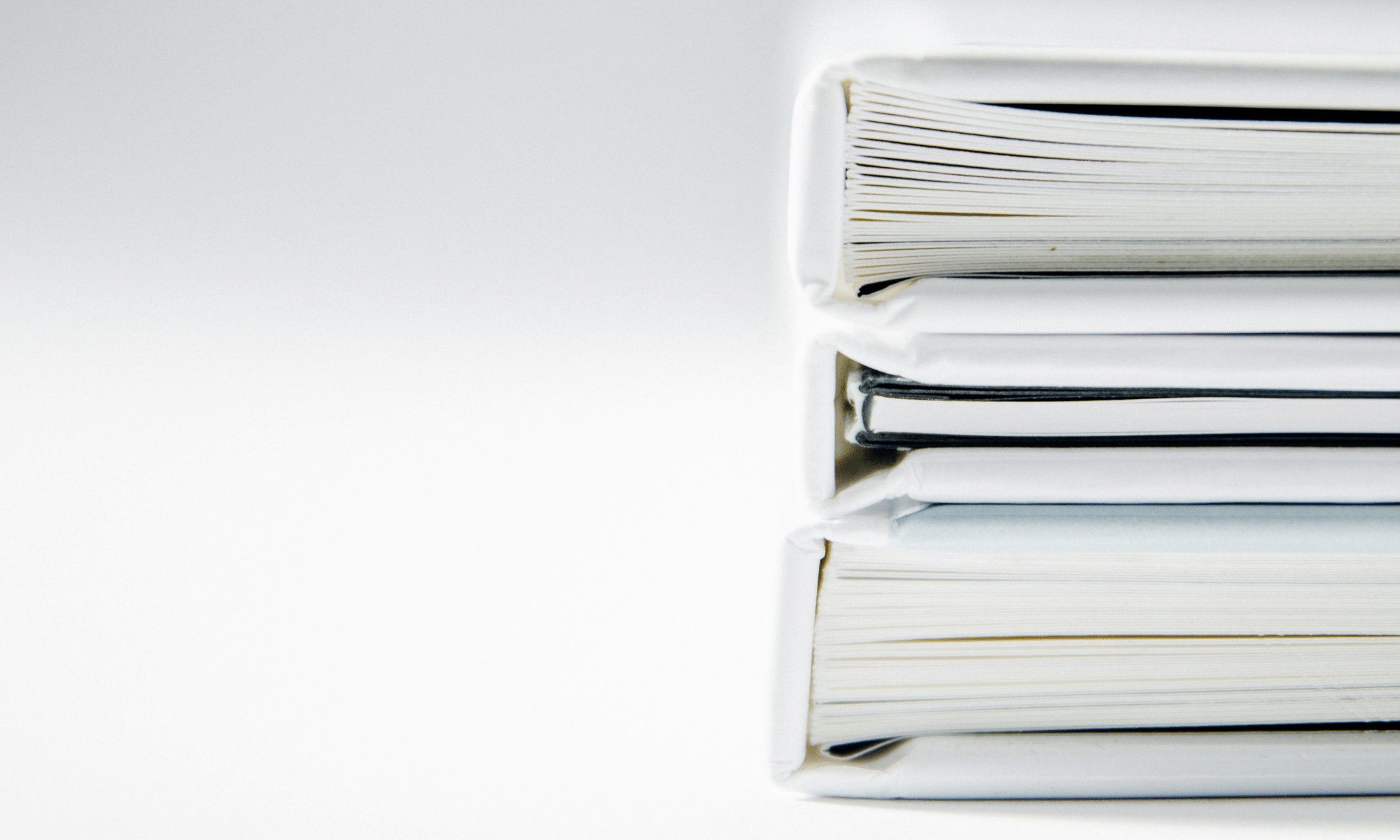 If the first six months of 2019 are any indication, this year will be a year of reform.

In June, we marked the fifth anniversary of the Supreme Court’s landmark decision in Alice Corp. v. CLS Bank International, 573 U.S. 208 (2014). Far from being settled law, questions of subject matter eligibility have dominated the conversation about patents in the courts, Congress, and the USPTO during the first half of the year. The continued controversy surrounding the Alice case half a decade after it was decided vividly demonstrates its unpopularity and underscores the broad consensus that the time for reform is now.

Here are a few of the most important developments in the patent world so far in 2019.

2019 has also seen a number of developments at the administrative, legislative, and corporate levels, particularly with regard to the ongoing debate concerning subject matter eligibility under § 101.

In January of this year, the USPTO issued its 2019 Revised Patent Subject Matter Eligibility Guidance, a move that many view as downplaying the importance of the Mayo/Myriad/Alice framework and encouraging patent examiners to construe the terms of § 101 in favor of patent eligibility. The new guidance restricts “abstract ideas” to three enumerated groupings:

It then states that examiners should not treat anything outside of these discrete groupings as abstract ideas except under extraordinary circumstances and must obtain approval from their technology center directors in order to do so. The guidance also reiterates the requirements of the Berkheimer memo, which prohibits examiners from finding that an element is “well-understood, routine, or conventional” without supporting that finding with a factual determination. It remains to be seen how much influence (if any) the new guidance will have outside the USPTO, as the Federal Circuit has declined to follow USPTO guidance on issues of patent eligibility in the past.

Following the USPTO’s lead, the Senate Judiciary Committee has also taken concrete steps toward § 101 reform. As we reported, a newly-revived Senate Judiciary Subcommittee on Intellectual Property, led by Senators Thom Tillis (R-NC) and Chris Coons (D-DE), introduced the text of a draft bill in May that would radically alter the law of subject matter eligibility. The new § 101 would abrogate the Mayo/Myriad/Alice regime by explicitly closing judicially-created exceptions to patent eligibility and directing courts to construe any ambiguity in favor of eligibility. Given the bill’s potentially far-reaching impacts, the subcommittee held a series of hearings in June to solicit feedback from a diverse range of stakeholders in the IP industry. While the balance of testimony tended to favor the draft bill, Senator Tillis left the hearings convinced of the need for further refinements. The subcommittee likely will release the final version of the bill after Congress’s July 4 recess.

Not all developments in the IP world this year concern patent eligibility. Theft of IP assets by Chinese companies continues to pose a major challenge to U.S. industry, with a recent CNBC survey finding that just under one third of CFOs of North American companies believe that Chinese firms have stolen IP assets from them during the past year. Many Trump administration officials, particularly U.S. Trade Representative Robert Lighthizer, have pushed for more aggressive measures against IP theft by Chinese corporations with some degree of success. After the December 2018 G20 summit, the Chinese government acknowledged for the first time that IP theft was occurring and issued a memo that set out numerous punishments for IP violators. President Trump initially included a demand that China halt IP theft as a central component of a proposed trade deal with that nation; however, recent reports state that the president has now dropped that demand in favor of a quick deal.

2019 has also been a year of positive corporate responsibility in the patent realm. Following Google, Cisco, and MIT’s much-lauded efforts to “democratize” prior art searches with the Prior Art Archive, Microsoft announced earlier this year that it is donating 500 of its patents to startups in the LOT network, an organization formed to fight patent trolls. The new program permits qualified startups that join the LOT network to acquire Microsoft patents as part of their free membership and will allow them to own the patents outright. The goal here, according to Microsoft Deputy General Counsel Erich Andersen, is that startups who join LOT will find patents among those 500 that will form a foundational set of patents for their business. The donated patents cover a wide range of technologies and include European and Chinese patents in addition to U.S. patents.

As of the date of publication, the Supreme Court has decided two patent cases in its current term, both focusing on provisions of the AIA.

In Helsinn Healthcare S.A. v. Teva Pharmaceuticals USA, Inc., 586 U.S. ___ (2019), the Court unanimously held that the AIA’s “on-sale bar” applies even in cases where the purchaser is required to keep the invention confidential. The on-sale provision of the AIA precludes a person from obtaining a patent on an invention that was “in public use, on sale, or otherwise available to the public before the effective filing date of the invention,” 35 U.S.C. § 102(a)(1). In the instant case, Helsinn entered into agreements with a third party to sell one of its pharmaceutical products, which required that the purchaser keep any proprietary information it received confidential. Two years later, Helsinn filed a provisional patent application on the same drug. Teva then sought approval to market a generic version of the drug, leading Helsinn to sue for patent infringement. Teva countered that the patent at issue was invalid under the on-sale bar of the AIA.

The District Court agreed with Teva, holding that the AIA’s on-sale bar did not apply because the public disclosure of the agreements between Helsinn and Teva did not disclose proprietary information. The Federal Circuit reversed, holding that the sale was publicly disclosed regardless of whether proprietary details of the invention were publicly disclosed in the sale agreements. The Supreme Court then affirmed the Federal Circuit, holding that even “secret sales” can invalidate a patent under the on-sale bar of the AIA.

Return Mail, Inc. v. United States Postal Service, 587 U.S. ___ (2019) posed the question of whether the federal government may initiate post-grant proceedings at the PTAB. The AIA authorizes any “person” other than a patent owner to challenge the validity of a patent post-issuance in either inter partes review (IPR), post-grant review (PGR), or covered business method review (CBM). Here, Return Mail owned a patent that claimed a method for processing undeliverable mail. When the Postal Service introduced its own method for doing the same, Return Mail sued in the Court of Federal Claims, arguing that the Postal Service’s method constituted patent infringement. The Postal Service subsequently sought to invalidate the patent in a CBM proceeding.

The PTAB found the claims of Return Mail’s patent invalid. The Federal Circuit affirmed, holding, in pertinent part, that the federal government is a “person” under the AIA for the purposes of instituting post-grant proceedings. The Supreme Court reversed, citing its “longstanding interpretive presumption that ‘person’ does not include the sovereign.” To challenge that presumption, the proponent must affirmatively show that Congress intended to include the federal government in its definition of “person” in the text of the statute at issue. Because the Postal Service’s arguments that that was Congress’s intention in the AIA were unpersuasive, the Court held that the government is not a “person” in this context and is barred from initiating post-grant proceedings at the PTAB.

Elsewhere in the judicial branch, the Court of Appeals for the Federal Circuit has issued several notable opinions touching on issues of subject matter eligibility.

In Athena Diagnostics, Inc. v. Mayo Collaborative Services, LLC, No. 17-2508 (Fed. Cir. 2019), the court considered the patentability of method claims directed to diagnosing neurological disorders by detecting the presence of antibodies to a certain protein. Applying the steps of the Alice/Mayo test, the court found the claims directed to a natural law. At the second step, the court emphasized the difference between claims that recite a natural law and applications of those natural laws. In this case, the court held that the claims at issue lacked an inventive concept because they merely perform “standard techniques in a standard way to observe a newly discovered natural law.” The court's decision in this case stands for the proposition that an “inventive concept” must do more than apply conventional methods even when applied to a newly discovered natural law; rather, it must supply an inventive concept beyond the discovery of the natural law itself.

The court reached a quite different conclusion in Endo Pharmaceuticals, Inc. v. Teva Pharmaceuticals USA, Inc., No. 17-1240 (Fed. Cir. 2019). In that case, Endo sued Teva alleging infringement of its patent that covered a method of using oxymorphone to treat kidney disorders, to which Teva responded by arguing that the patent was invalid under § 101. Walking through the steps of the Alice/Mayo test, the court found that the claims of the patent were not directed to patent ineligible subject matter. Rather than being directed to a natural law, the claims are directed to “a specific method of treatment for specific patients using a specific compound at specific doses to achieve a specific outcome.” The court reasoned that, unlike the claims in Mayo, the claims of Endo’s patent are directed to the application of a drug to treat a particular disease, indicating that the greater the specificity of the claims, the less likely they are to be found to be directed to a patent-ineligible concept.

In re Paul Morinville, No. 18-1895 (Fed. Cir. 2019) asked the court to determine whether methods of organizing a business into a centralized hierarchy are patent eligible. The Morinville patent described a method of organizing a business into a hierarchy wherein the CEO sits at the top and is in charge of a CFO, a VP of Sales, and a VP of HR, who are each in charge of another group of subordinate employees, and so on. The patent then added that associating the roles of each position is “automatically implemented in the computer.” Perhaps unsurprisingly, the court found that the patent was ineligible under § 101 as being directed to an abstract idea. The court explained that business hierarchies are basic conceptual frameworks for organizing information, and thus abstract, and that the directive to implement that framework on a general purpose computer was not sufficient to transform the abstract idea into a patent eligible invention.

With six more months to go in 2019, there are still many more patent developments on the horizon. If the second half of the year is anything like the first, we can expect § 101 and questions of subject matter eligibility to continue to predominate, especially in light of Senator Tillis’s promise that a final version of the § 101 reform bill is coming in July. The Supreme Court has also granted certiorari to hear two patent cases in its upcoming term — Iancu v. NantKwest, Inc., No 18-801, and Dex Media, Inc. v. Click-to-Call Technologies, LP, No. 18-916.

What do these changes mean for your patent practice? Of course, we will continue to monitor the latest shifts in the patent landscape and provide updates (so make sure you subscribe to the blog!). But using an analytics tool like Juristat can also help you see how these changes are impacting examiner behavior, response strategies, and more. Don't risk making a decision without the latest data. Request a demo of Juristat today.