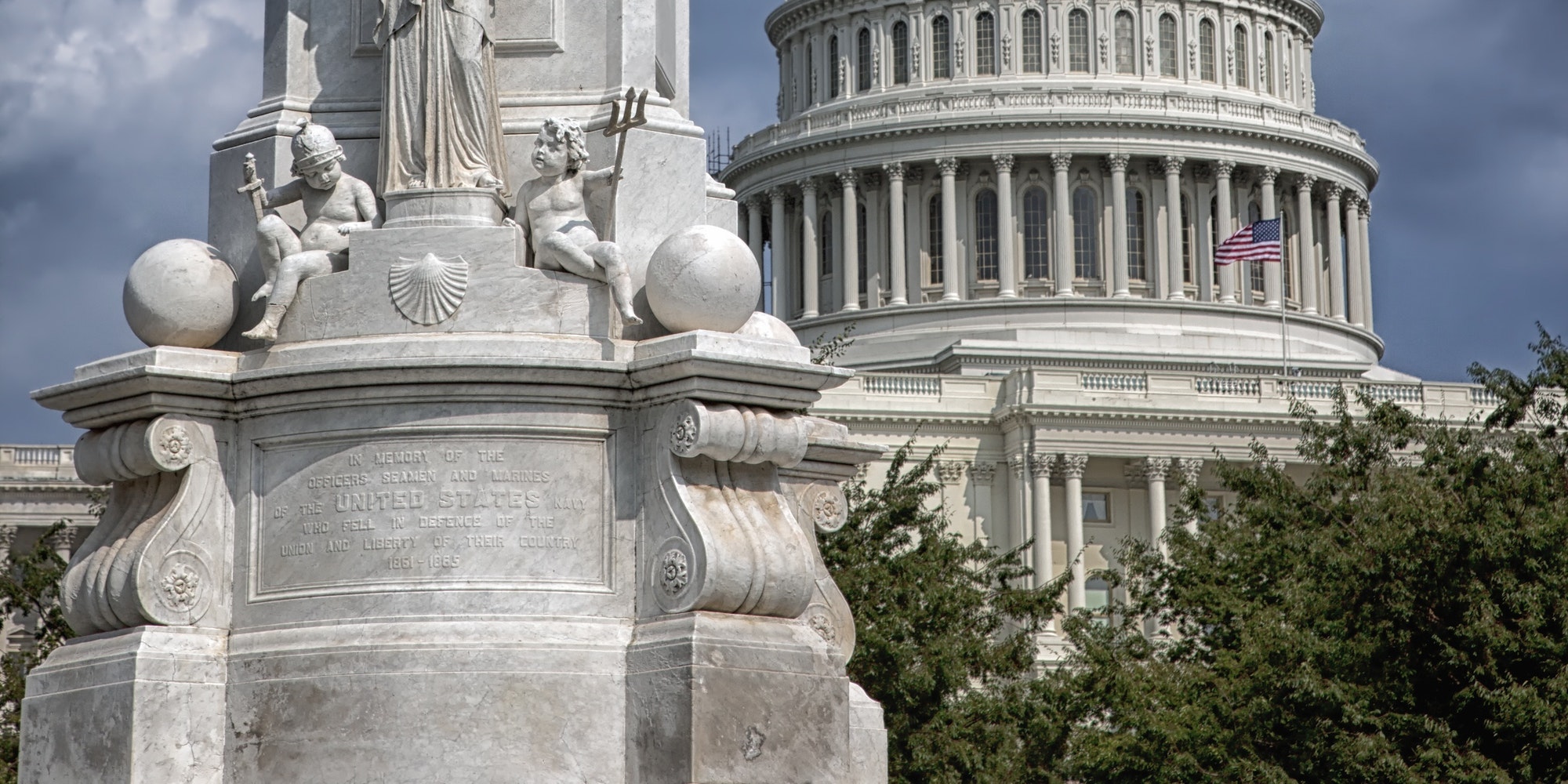 With so much going on in the world during the first half of 2020 — a global pandemic, an economic recession, and widespread protest movements — developments in the intellectual property sphere have largely flown under the radar. But that does not mean 2020 has been bereft of patent news.

Here are a few of the most critical developments in the patent world so far in 2020.

No 2020 mid-year review would be complete without mentioning the COVID-19 pandemic’s effects on the United States patent system. The changes began on March 13 when the USPTO announced that it was discontinuing all in-person meetings, including examiner interviews and PTAB oral hearings, and that it would instead hold all such meetings via video or phone. Shortly afterward, the USPTO’s offices closed to the public entirely. To minimize the spread of the virus via documents filed with the USPTO, it eliminated the original handwritten signature requirement of 37 CFR 1.4(e)(1) and (2).

The concessions became more substantial once the full scale of the pandemic’s economic effects was beginning to become apparent. First, the USPTO waived the petition fee for petitions to revive applications that had been considered abandoned due to the applicant’s failure to respond to an office action if such failure was attributable to the effects of the outbreak. It then extended the deadlines to file numerous patent-related documents during prosecution, including office action responses, notices of appeal, appeal briefs, issue fees, and maintenance fees. The USPTO subsequently renewed the deadline extensions twice, with a final expiration date of July 1.

Arguably the USPTO’s most substantial effort at mitigating the COVID-19 crisis was the creation of its COVID-19 Prioritized Examination Pilot Program. The program aims to ease the path to discovery of a COVID-19 vaccine by waiving application fees and promising a final decision within six months for certain applicants. To qualify, the applicant must be a small or micro entity and the patent application must cover a product or process that is subject to FDA approval for use in the prevention and/or treatment of COVID-19. “Accelerating examination of COVID-19-related patent applications, without additional fees, will permit such innovators to bring important and possibly life-saving treatments to market more quickly,” according to USPTO Director Andrei Iancu.

In July, the USPTO announced the creation of the Fast-Track Appeals Pilot Program to expedite the resolution of ex parte appeals. Under the program, the USPTO expects that the average appeal should be reviewed and decided within six months from the date the petition is granted — far shorter than the USPTO’s estimated 14-month average. While the program is considered an extension of the Track One program, Track One applications will not automatically be entered into the Fast-Track Appeals Pilot Program if appealed -  appellants must apply separately and pay a $400 fee. Expedited appeals under the program are available to any original utility, design, or plant non-provisional applications, with no limits on the number of appealable claims. Likely sensing the potential popularity of the program, the USPTO is limiting the number of petitions it grants to 125 per quarter. If significant numbers of petitions exceeding the limit are filed in a quarter, they will be held in abeyance and decided in a subsequent quarter. As of the date of publication, the USPTO has granted ten petitions thus far.

In April, the USPTO issued a landmark report on the aftermath of the Alice decision titled “Adjusting to Alice: USPTO patent examination outcomes after Alice Corp. v. CLS Bank International.” Authored by the USPTO’s Office of the Chief Economist, it largely confirmed what most already knew — that Alice resulted in a striking increase of first-office-action § 101 rejections in certain technologies, and that there was widespread unpredictability in examiners’ applications of it. However, it also found that the USPTO’s January 2019 guidance substantially reduced the number of first-office-action § 101 rejections, as well as examiner uncertainty surrounding them.

The report found that, in the first 18 months after the Alice decision, first-office-action § 101 rejections increased 33% in Alice-affected technology areas. It also found that “examiner uncertainty” increased 26% over the same period. The report defines examiner uncertainty as variation across examiners in the proportion of rejections for patent-ineligible subject matter. Examination uncertainty will increase when the percentage of first office action rejections for patent-ineligible subject matter becomes more uneven across examiners within a specific technology. In the view of the report’s authors, “the increase in uncertainty seems to reflect the interpretive latitude in the language of the Alice standard, which fueled a wide variety of perspectives. This widening resulted in a higher degree of variability in subject matter–related rejection decisions across examiners.”

One year after the USPTO’s January 2019 guidance, however, the report found that the likelihood of receiving a first-office-action § 101 rejection in Alice-affected technologies had dropped by 25%. That guidance made two primary changes to the way examiners apply Step One of the Alice test:

The guidance thus limits the scope of abstract ideas and provides examiners with more opportunities to find that a claim is not “directed to” an abstract idea. According to the report’s authors, the 2019 guidance provided “clarity and structure” to the Alice decision-making process, thereby explaining the corresponding drop in first-office-action § 101 rejections and examiner uncertainty in the year since it was implemented.

Limitation of Inventorship to Natural Persons

Artificial Intelligence (AI) is one of the hottest technology trends in years, and for good reason. It holds great promise for nearly all industries and has the potential to revolutionize the way we live and work. In recent years, AI machines have become increasingly capable of mimicking human behavior, including human creativity. For example, AI was used in 2016 to analyze thousands of snippets of paintings by the 17th-century Dutch painter Rembrandt to create a strikingly similar reproduction called The Next Rembrandt. It was only a matter of time before inventors would seek patent protection for inventions created by AI.

In 2019, a patent application was filed at the USPTO listing the inventor as “DABUS,” with a later statement of inventorship claiming that the invention was conceived by a “creative machine” named DABUS, which should be listed as the inventor in the application. The USPTO then issued a Notice to File Missing Parts of Nonprovisional Application, claiming that the original application “[did] not identify each inventor by his or her legal name.” The applicant then filed a petition for supervisory review, which was considered by the Deputy Commissioner for Patent Examination Policy.

At issue in the Commissioner’s review was whether inventorship, as defined under a variety of patent statutes, could be construed to cover a machine. The Commissioner held that it could not. Principally, 35 U.S.C. § 101 states that “[w]hoever invents or discovers…may obtain a patent,” and the Commissioner held that the term “whoever” in that statute suggests a natural person. 35 U.S.C. § 115 similarly refers to inventors with the terms “person,” “himself,” and “herself,” which, in the Commissioner’s view, are terms that refer only to human persons and preclude the expansion of the term “inventor” to cover non-natural human persons. The Commissioner also referred to the Court of Appeals for the Federal Circuit’s opinion in Beech Aircraft Corp. v. EDO Corp. holding that “only natural persons can be inventors.” The USPTO’s decision thus forecloses patent protection to inventions conceived by AI for the foreseeable future.

At the Supreme Court: SCOTUS Denies Certiorari in All § 101 Cases Presented to It

Since the Supreme Court’s decisions in Alice and Mayo, there have been many attempts to get the Court to revisit them, with the hope that it would clarify its reasoning in a future decision. Those hopes were dashed in January when the Court denied certiorari in three major § 101 cases presented to it:

In Politics: Intellectual Property Likely to Be a Tangential Election Issue (at Best)

In an election year likely to be dominated by COVID-19, the economy, and racial justice issues, intellectual property is far down the list of concerns for most Americans. Instead, it is likely to play a role only tangentially, primarily as an element of each presidential candidate’s foreign policy position toward China. Both candidates have made harsh assessments and statements concerning China’s theft of U.S. intellectual property in the past. The Trump administration has made enforcement of U.S. trade laws a core priority, while the U.S. Trade Representative self-initiated a Section 301 investigation into whether Chinese policies, acts, and practices related to technology transfer, licensing, and intellectual property are unreasonable or discriminatory. Joe Biden has criticized President Trump’s focus on trade, stating that the administration should instead confront Chinese theft of U.S. intellectual property head-on, and that a Biden administration would aggressively confront foreign efforts to steal American intellectual assets. With relations between the world’s two largest economies deteriorating rapidly, such rhetoric is only likely to increase, particularly as we move closer to Election Day.

If there is one lesson 2020 has taught us, it is that the world can change rapidly and without warning. Don’t be caught off guard when change happens in the patent industry. Using an analytics tool like Juristat can help you see how industry changes impact examiner behavior, response strategies, and more. Request a demo of Juristat today.

The Future of Pharma: The AstraZeneca / Gilead Merger

Looking Back at the Great Recession of 2007-2009: How Was the USPTO Affected?