Companies Most Impacted by Procrastinating Examiners at the USPTO 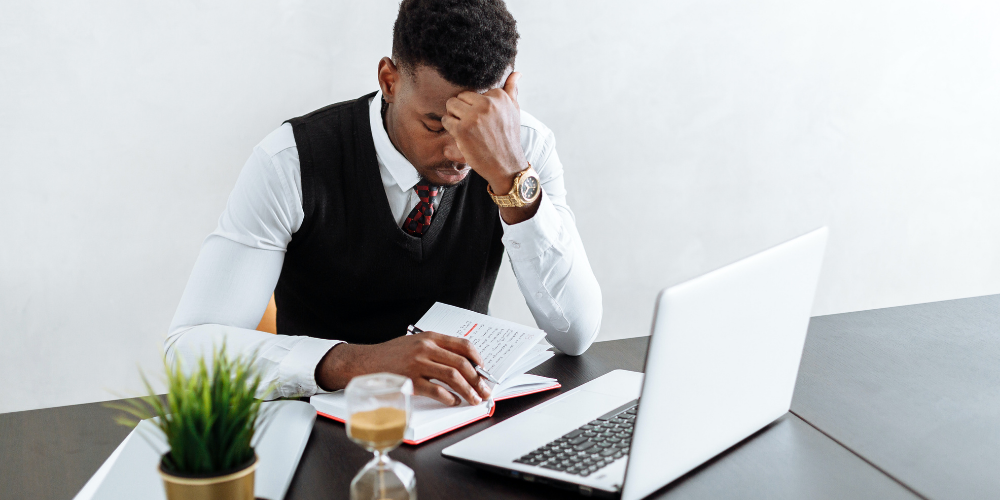 The USPTO has an official term for examiner procrastination – end-loading. When examiners put off work until the end of the quarter, it can have a dramatic impact on both workloads for the law firm, as well as chances of success for the patent application.

We’ve already shared data on the examiners who end-load the most (and the least). Here, we identify which companies are most impacted by end-loading at the USPTO.

For this analysis, conducted in July 2021, we focused on the top 100 assignees at the USPTO, identifying which have the highest percentage of applications impacted by end-loading. This analysis focuses on applications disposed between 2017-2020 and excludes design patents.

This chart lists the 20 companies most impacted by examiner procrastination. That is, the companies with the highest percentage of disposed applications reviewed by examiners with an end-loading rate of 10% or higher.

As a measure of procrastination, the end-loading rate reveals the likelihood that an application will be reviewed at the end of the quarter. We define an examiner’s end-loading rate as the percentage of i) notices of allowance (NOAs) and ii) adverse office actions completed by the examiner in the last 3 weeks of the quarter minus 3/13ths. (Why 3/13ths? We subtract those because we would expect an examiner who is guilty of zero end-loading to file 3/13ths of their OAs in the last 3 weeks of a 13-week quarter.)

While an examiner’s end-loading rate informs the volume of office actions expected at the end of a quarter, the end-loading OA success rate reveals whether or not the examiner gets more difficult.

Here, we list the 20 companies most impacted by this difficulty change. These companies had the highest percentage of disposed applications reviewed by examiners with an end-loading OA success rate of -10% or less.

Signify tops the list again, with 7% of all applications in front of examiners who tend to get more difficult at the end of the quarter.

Understanding examiner end-loading and its full effect on prosecution success is still fairly new (the metric was first added to Juristat in 2020), but its impact on OA workload and success rate is clear thanks to these metrics.

While this analysis looks back at disposed applications from 2017-2020, unless these companies have made a major shift in their technologies or business strategies, they are likely still finding themselves in front of these same end-loading examiners. Juristat clients are able to see this same data for pending prosecution, allowing firms to predict heavy workloads, shift strategies, and set client expectations.

Would you like to see which of your pending applications are impacted by end-loading? We’d be happy to take a look with you.

7 Tips for Implementing Workflow Automation at Your Firm