Change is Coming to Alice: Examiners with the Highest Percentage of Alice Rejections, 2014-2017 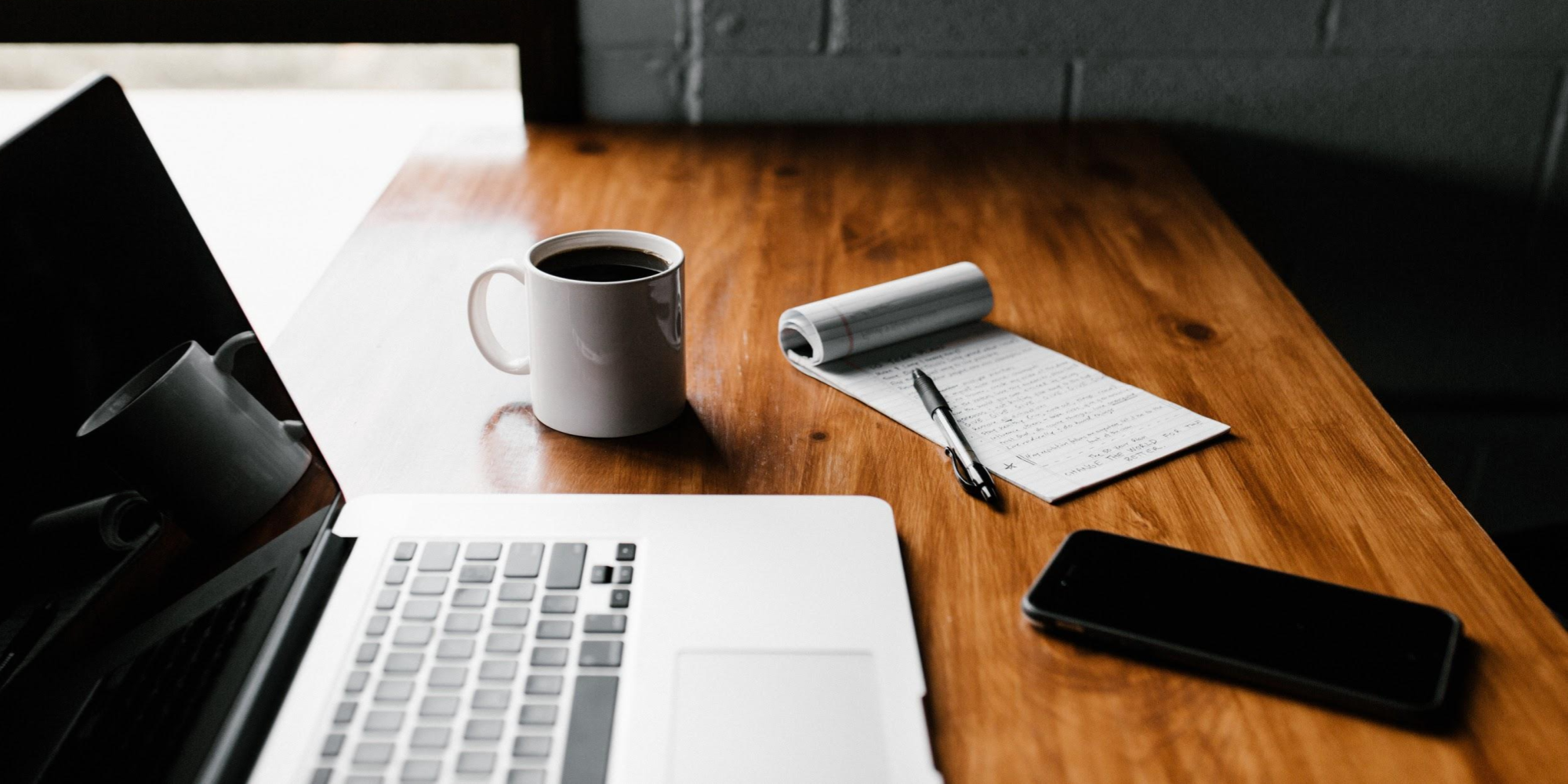 Due to inconsistent interpretation, preparing for and responding to Alice rejections has become one of the most stressful aspects of patent prosecution. Rejections citing Alice have multiplied exponentially since the initial decision on June 19, 2014, and they now account for more than 60% of §101 rejections and more than 8% of all rejections, as of our latest analysis.

The USPTO is revising its examination procedure with respect to the first step of the Alice/Mayo test...by: (1) providing groupings of subject matter that is considered an abstract idea; and (2) clarifying that a claim is not “directed to” a judicial exception if the judicial exception is integrated into a practical application of that exception.
- USPTO, 2019 Revised Patent Subject Matter Eligibility Guidance

While the goal of these new guidelines is “to ensure consistent, predictable, and correct application of these principles across the agency,” we’ll have to wait and see how it truly impacts rejections and, ultimately, allowances. For now, past examiner behavior is still the best indication of the possibility of an allowance.

We worked with our data science team to determine which examiners currently issue the most Alice rejections, and did a quick comparison of their current allowance rate to those before the impactful Alice decision.

Which examiners have issued the most Alice rejections?


We then limited our pool of examiners to those who had considered at least 150 applications with these parameters. This way, we’re reviewing the behavior of examiners with the most Alice experience, rather than those that come across these applications sparingly.

Through our analysis, we identified the ten USPTO examiners that have had the highest percentage of applications with at least one Alice rejection. If past behavior is the best predictor of future action, these are the examiners most likely to issue Alice rejections.

Unsurprisingly, all of these examiners review applications in the dreaded Tech Center 3600, which includes software and/or business method applications related to Transportation, Electronic Commerce, Construction, Agriculture, Licensing, and Review. Post-Alice, TC 3600 has gained a reputation as a popular tech center for the rejection type.

How has examiner behavior changed over time?

The January 2019 guidance offers more clarity, which should lead to a decrease in Alice rejections. (We’ll be keeping a close eye on that, of course!) However, adaptation to regulatory standards – 2014’s Alice decision, in particular – may have more of an impact on some examiners than others.

We used Juristat Examiner Reports to compare overall allowance rates (excluding design patents) for these ten examiners before and after 2014. While the Alice decision came mid-year, this comparison still gives a general sense of the impact it may have had on these examiners.

Using these reports, we can also reveal individual examiner trends over time. For example, if we look at the examiners from our list with the highest and lowest overall allowances rates, we can track their unique behavior.

Romain Jeanty has been working at the USPTO for over 15 years, and his current overall allowance rate is 70% – slightly higher than the USPTO-wide allowance rate of 69%. But if you look at his allowance rate by disposition year, he has allowed noticeably fewer applications post-Alice than before the monumental court case. In fact, there is a steep drop in his allowances right around 2014 and 2015, the same time that the Alice decision significantly changed the review process for software-related patent applications. 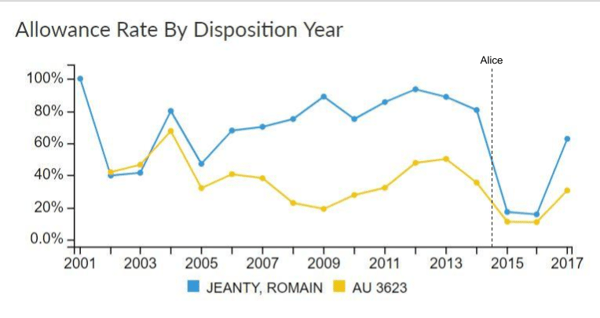 Then we have Scott Gartland, who has been working as an examiner since 2008. Even before Alice, he was a difficult examiner, with a career allowance rate of just 5%. The Alice decision did impact his already-difficult track record, but only slightly. 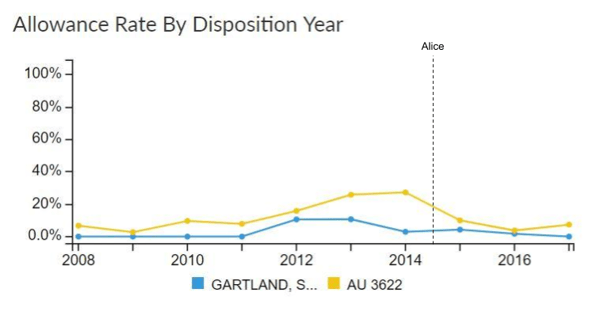 After nearly five years of frustrating Alice rejections, we’re hopeful that the new USPTO guidelines will follow through on the promise of more consistent application. We’ll be following these examiners, and the USPTO overall, closely over the coming months.

For the time being, knowing how an examiner has applied Alice in the past can help you prepare for a more successful prosecution, especially in times of impactful policy change. See how Juristat helps minimize uncertainty and maximize success.

Video: How Big Data Can Help You Before, During, and After Prosecution