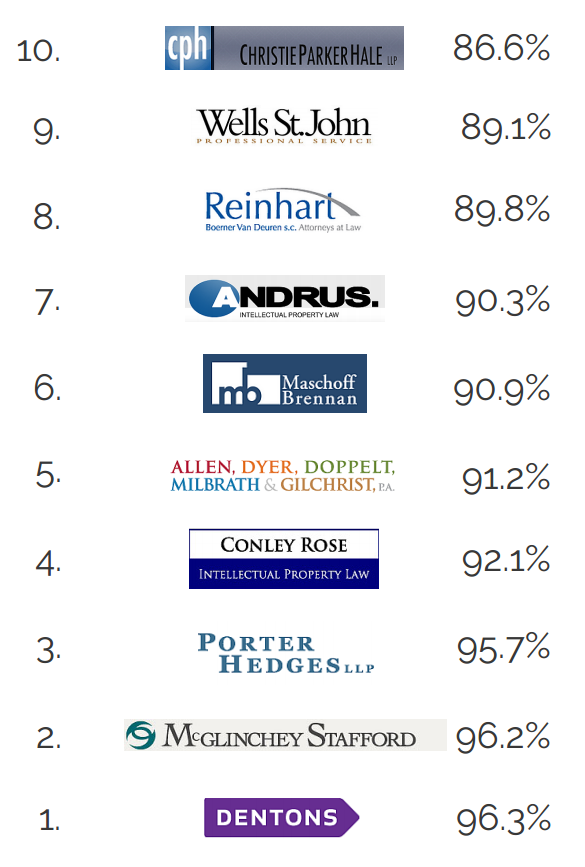 Technology Center 1600 covers a variety of biotech, chemical, and pharmaceutical technologies, as well as plants and cosmetics. Its overall allowance rate is 51%, which is significantly lower than the USPTO's average of 71%. In terms of speed to disposition, it takes an average of 36.1 months to prosecute an application to disposition in TC 1600, which is nearly equal to the USPTO average of 35.8 months.
Below is a ranking of the top 10 firms by allowance rate among IP Today's top patent firms.*

Congratulations to the firms that made the top 10. You've earned it. Remember, though, that the legal marketplace is competitive. To ensure your place among the elite firms working in 1600s technologies (or to get a head start on the competition), sign up today and see what Juristat can show you.

*The allowance rate for Dentons does not include data from McKenna Long & Aldridge, LLP, which merged with Dentons in June 2015.