Analysis and insight to bring more predictability, transparency, and equity to your patent prosecution.

In Part II of our Using Juristat's Examiner Reports series, we looked at how attorneys can use Juristat Examiner Reports when deciding the best way to respond to an office action. In Part III, we will highlight Examiner Reports' historical analysis of your examiner's behavior. Because every examiner has his or her own unique opinions about patent law, looking into how they have responded to applicants in the past is a good indicator of how they will respond to you.

The Firms that Receive the Fewest Office Actions

As part of our ongoing effort to uncover the firms that perform the best using various key metrics of skill in patent prosecution (allowance rate, speed to disposition, number of claims lost, etc.), we wanted to rank some of the most efficient law firms for patent prosecution. Now, there are several methods for measuring "efficiency" in patent prosecution, the most obvious being average speed to disposition and average number of office actions. We have previously ranked the speediest firms in several technology centers (here, here, and here), but we have not yet ranked firms using average number of office actions as an indicator of overall efficiency. Below are the top 10 firms that receive the fewest office actions. They are ranked by the average number of office actions they received between publication and disposition for all utility patent applications disposed between January 1, 2005 and March 31, 2016. In order to achieve the most accurate sample sizes, we limited the pool of eligible firms to those that had disposed of at least 5,000 applications during the relevant time frame.

Juristat is proud to release its ranking of the Top 100 U.S. Patent Firms.  This is the only ranking of U.S. patent prosecution firms that is based on the objective measurement of those firms' performance in front of the United States Patent and Trademark Office.

END_OF_DOCUMENT_TOKEN_TO_BE_REPLACED 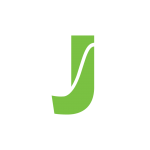 By now, it's pretty clear that we at Juristat love competitions, lists, and ranking things in general.  Because of our penchant for pitting patent-filing companies and firms against each other, we've been hard at work on our biggest ranking yet - the overall Top 100 Patent Law Firms.  This list is the only ranking of U.S. law firms based on those firms' objective performance in front of the USPTO. Due to our barely contained excitement, we've decided to give our blog readers a special sneak peak at the firms rounding out the Juristat Top Twenty! Congratulations to all the top twenty firms!

END_OF_DOCUMENT_TOKEN_TO_BE_REPLACED 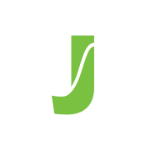 In the post-Alice era, allowances in the 3620s, 3680s, and 3690s e-commerce art units are an increasingly rare sight. The decision has wreaked havoc on the way the courts and patent examiners interpret software and business methods claims, making its application unpredictable and inconsistent. Many commentators allege that the decision is being applied overzealously by many examiners, resulting in almost every application in the e-commerce art units receiving an Alice rejection, which in many cases can be a death warrant.
Since Alice was decided in June of 2014, the percentage of applications receiving § 101 rejections in the e-commerce art units jumped dramatically from about 30% before Alice to over 80% shortly after Alice, with several examiners citing Alice in 100% of their rejections. Despite this arguably harsh application of the decision, business methods patents are still being issued, albeit quite a bit more infrequently than in the past. With careful strategic planning and an expert understanding of the intricacies of the case, skilled patent attorneys are still able to obtain business methods patents for their clients.

END_OF_DOCUMENT_TOKEN_TO_BE_REPLACED

Boeing vs. Lockheed: A Battle for the Skies

Air travel is one of the building blocks of our economy--the ability to get where we need to go quickly, safely, and efficiently, at least in theory. While flying the friendly skies evokes images of the glory days of traveling in style for many, the reality these days is one of long lines, frequent delays, and color-coded terror alert levels. Still, though, flying is essential to our modern way of life, and we trust the engineers at a handful of companies to build our airplanes for us.

For our next patent matchup, we're going to be taking a look at two of the most advanced aviation engineering companies in the world: Boeing and Lockheed Martin.

The pharmaceutical industry has, of late, been especially prominent in the public eye. This may be partly explained by the Martin Shkreli incident, in which a Big Pharma CEO raised the price of a vital HIV medication by more than 5,000%, from $13.50 a pill to $750 a pill. Since this high-profile scandal broke, the American public has been deep in conversation about the ethics of the industry. For our next great patent battle matchup, we're going to be taking a look at two giants of an industry--Merck and Pfizer.

Apple vs. Google: Who Comes Out Ahead in Patent Prosecution?

Battles between tech companies are some of the most complex and high-stakes litigation in patent law. Apple’s recent infringement suit against Samsung spanned several years, multiple continents, and involved tens of millions of dollars in damages. In addition to battling it out in the courtroom, tech companies are also waging a war for the loyalty of consumers, as the products these companies produce become ever more essential parts of our daily lives. In this consumer-driven atmosphere, the two tech companies that provoke some of the most heated debates over which is more innovative are Apple and Google, whose devices, apps, and operating systems inspire intense loyalty among their users.

New Year.  New Features.
Juristat is proud to announce new features for 2016.  These new features offer an unprecedented level of integration with your existing software and customization of search results.