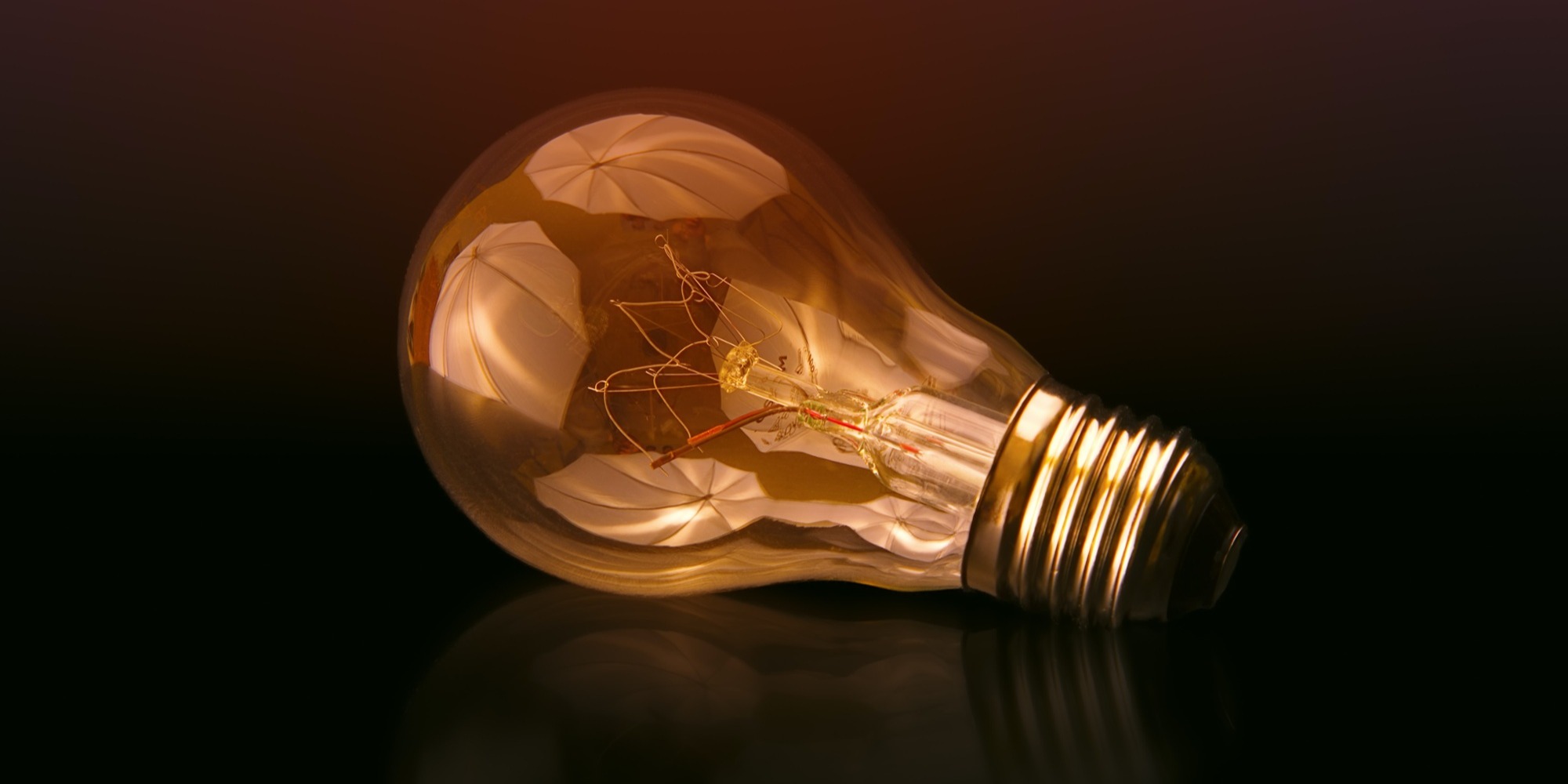 With 2020, seemingly the longest of years, finally behind us, let’s look back at a few of the most important patent-related developments of last year to best prepare for 2021.

The USPTO Responds to COVID-19

Federal agencies typically are not known for being nimble. The USPTO, however, was an exception when it came to responding to the COVID-19 pandemic.

In March, the USPTO closed its offices to the public and transitioned all of its 13,000 employees to remote work — a success the agency credits to its substantial IT stabilization and modernization efforts over the previous two years. With over 9,000 of its patent examiners working virtually, the USPTO claims that examiner productivity has actually improved by 3% over the previous year (although it does not define “productivity”). The PTAB likewise was an early adopter of the tools that enable our new virtual workplaces, becoming one of the first tribunals in the country to conduct virtual hearings. Since the pandemic began, the PTAB has held more than 1,024 all-virtual hearings, 213 of which had public attendees.

The USPTO also implemented a series of measures designed to lessen the financial and logistical impact of the pandemic for applicants. Beginning in March, the agency granted several forms of relief, including:

The USPTO also established the COVID-19 Prioritized Patent Examination Pilot Program, which waives application fees and promises a final decision within six months for certain applicants. To qualify, the applicant must be a small or micro entity and the patent application must cover a product or process that is subject to FDA approval for use in the prevention and/or treatment of COVID-19.

The program appears to be a success. At the end of 2020, the USPTO granted 251 requests for prioritized examination under the program, resulting in 33 patents being allowed or granted.

In July, the USPTO announced that it was making several adjustments to its prosecution-related fees, which took effect in October. It is the first fee increase in almost three years. The agency says that the fee changes are necessary “to adjust to increasing costs and to provide necessary resources for Patent operations, including implementing the USPTO 2018-2022 Strategic Plan.” The relevant prosecution-related fee increases are as follows:

According to the USPTO, issue and maintenance fees have played an important role in fostering innovation. By increasing them above cost, the USPTO is able to set filing/search/examination fees below cost, keeping barriers to entry into the patent system low.

In July, the USPTO announced the creation of the Fast-Track Appeals Pilot Program to expedite the resolution of ex parte appeals. Considered an extension of the popular Track One program, the USPTO expects that appeals under the Fast-Track Appeals Pilot Program should be reviewed and decided within six months from the date the petition is granted — far shorter than the USPTO’s estimated 14-month average for traditional appeals.

The requirements for entry into the program are quite low. Expedited appeals are available to any original utility, design, or plant nonprovisional applications, with no limits on the number of appealable claims. The main limitation on the program is that granted petitions are limited to 125 per quarter. If significant numbers of petitions exceeding the limit are filed in a quarter, they will be held in abeyance and decided in a subsequent quarter. As of December 4, 2020, a total of 86 petitions have been granted—27 of which were granted in the most recent quarter beginning October 1.

Limitation of Inventorship to Natural Persons

In a decision that could have far-reaching implications for AI-implemented inventions, the USPTO’s Commissioner of Patents held in July that inventorship for § 101 purposes is limited to natural persons, thus excluding patent protections for inventions conceived by AI. Under 35 U.S.C. § 101, “[w]hoever invents or discovers…may obtain a patent.” The Commissioner held that the term “whoever” in the statute suggests a natural person. 35 U.S.C. § 115 similarly refers to inventors with the terms “person,” “himself,” and “herself,” which, in the Commissioner’s view, are terms that refer only to human persons and preclude the expansion of the term “inventor” to cover non-natural human persons. The Commissioner also referred to the Court of Appeals for the Federal Circuit’s opinion in Beech Aircraft Corp. v. EDO Corp. holding that “only natural persons can be inventors.” The USPTO’s decision in this case thus limits the ability of AI companies to obtain patent protection for works “invented” by their AI systems.

As in previous years, post-grant-related cases made up a majority of the noteworthy judicial decisions of 2020, as the courts continue to define the exact contours of the AIA. In Thryv v. Click-to-Call Technologies, LP, 140 S.Ct. 1367 (2020), the Supreme Court limited the judicial reviewability of PTAB institution decisions, holding that the AIA precludes courts from reviewing the PTAB’s application of the act’s time-bar provisions. The Federal Circuit also clarified the standing requirements to appeal an adverse PTAB decision. While the AIA grants standing any “person” other than the patent owner to challenge a patent, Article III limits judicial review to cases that present a “case or controversy;” thus, an unsuccessful petitioner in a PTAB proceeding does not necessarily have standing to appeal that decision to an Article III court. In Argentum Pharmaceuticals, LLC v. Novartis Pharmaceuticals Co., No. 2018-2273 (Fed. Cir. April 23, 2020), the Federal Circuit reiterated this, holding that a reasonable threat of litigation is not enough to establish Article III standing. Rather, the petitioner must show an actual or imminent risk of suit. And in October, the Supreme Court granted certiorari in Arthrex v. Smith & Nephew, No. 19-1458, to decide the constitutionality of the appointment of PTAB judges.

As we reported earlier this year, 2020 was a major year for § 101 jurisprudence, albeit due to what didn’t happen rather than what did happen. In January, the Supreme Court denied certiorari in all cases that sought further clarification of the Court’s Alice decision, most notably HP Inc. v. Berkheimer (18-415), Hikma Pharmas v. Vanda Pharmas (18-817), and Athena Diagnostics, Inc. v. Mayo Collaborative Services (19-430). The denials of certiorari in these cases indicates that the Court is unwilling to consider § 101 any further, leaving any potential modification up to Congress. A draft bill that would significantly alter § 101 has made no further progress after a series of hearings in the summer of 2019. Thus, practitioners should assume that the Mayo/Alice framework will continue to govern patent eligibility jurisprudence for the foreseeable future.

In Illumina, Inc. v. Ariosa Diagnostics, Inc., No. 2019-1419 (Fed. Cir. March 17, 2020), the Federal Circuit continued to clarify Step 1 of the Mayo/Alice test (i.e., whether a patent claim is “directed to” a patent-ineligible natural phenomenon). The patent at issue claimed a method for preparing an extracellular DNA fraction from a pregnant human female and using it for analyzing a genetic locus involved in a fetal chromosomal aberration. The court noted that the claim did not simply observe the existence of a natural phenomenon; rather, it included steps that led to a DNA fraction that was different from the naturally occurring fraction in the mother’s blood, as well as specific steps for carrying out the method. Accordingly, the court held that the claim passed Step 1 of the Mayo/Alice test. In the court’s view, in order for a claim reciting a natural phenomenon to be directed to “something more” than the natural phenomenon, the claim must use the natural phenomenon to achieve something rather than simply observing it.

In a year dominated by a bitter presidential election and an economically devastating pandemic, Congress was mostly preoccupied with more pressing matters than patent reform. The only significant patent-related legislation to be enacted this year was the Purple Book Continuity Act, passed as part of the December COVID-19 Relief Bill. The act requires the Food and Drug Administration’s Purple Book, which includes information about biologic drugs, to now include information about the patents that cover those drugs. The act claims that public disclosure of a drug maker’s patents and their expiration dates will prevent listing errors that could delay biosimilar drugs from coming to market.

As we look forward to the rest of 2021, we are reminded that the patent landscape is constantly shifting, and that the new year will undoubtedly bring a different set of challenges. Don’t be caught off guard when the industry changes. Using an analytics tool like Juristat can help you see how industry changes are impacting examiner behavior, response strategies, and more. Request a demo of Juristat today.