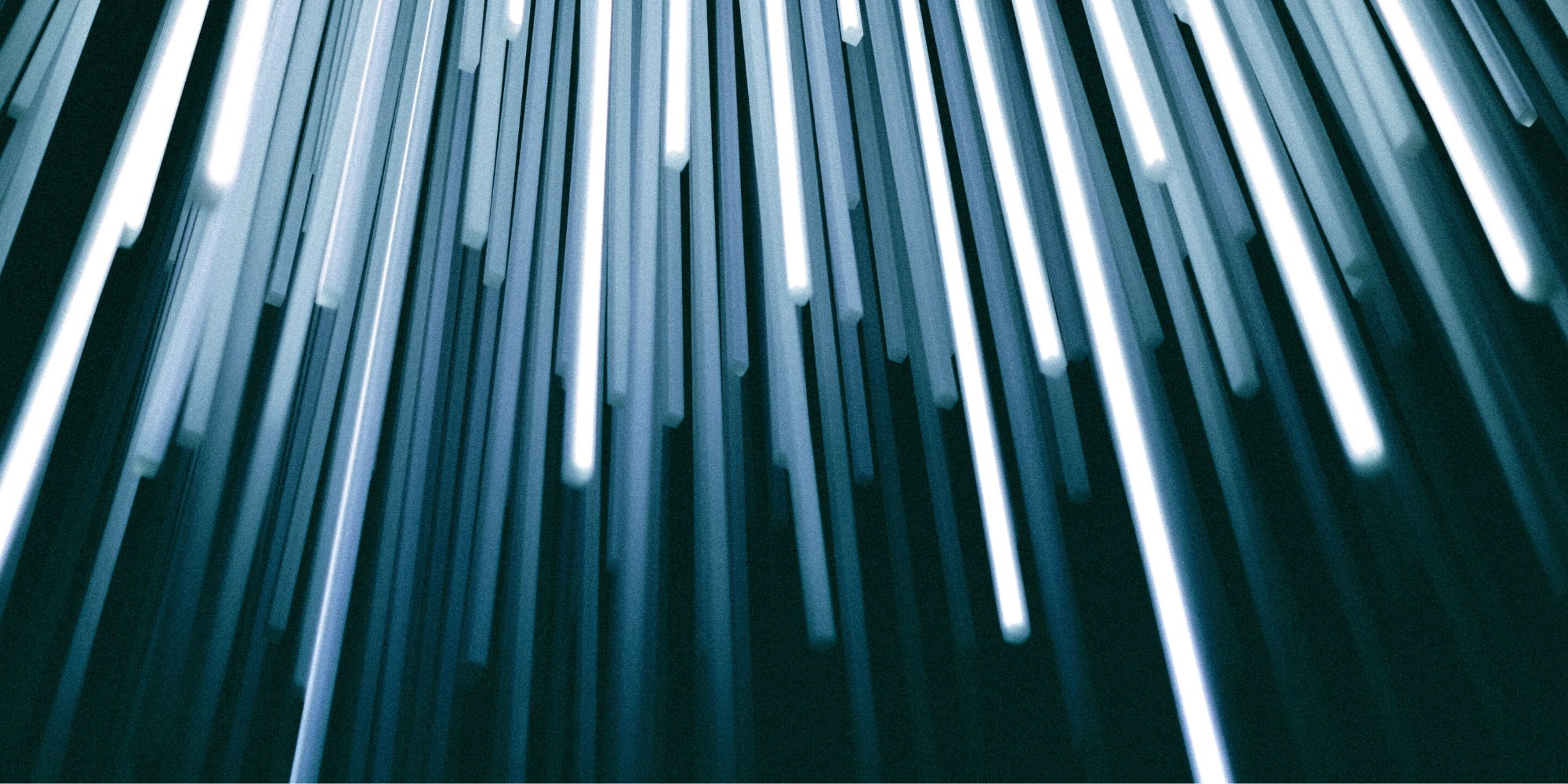 2020 is officially here! In order to best prepare for the new year in patent policy, let's take a look at some top stories from 2019 with a lasting impact.

The top patent stories of 2019 largely revolved around post-grant practice. In June, the Supreme Court ruled that the federal government was barred from initiating America Invents Act (AIA) patent challenges at the Patent Trial and Appeal Board (PTAB). Then, in October, the Federal Circuit ruled that the appointment of PTAB judges was unconstitutional under the Appointments Clause, dealing a potentially fatal blow to the validity of prior PTAB rulings. Still, the year was hardly bereft of prosecution-related developments: the USPTO issued revised § 101 guidance in January, while the summer saw a newly-revived Senate Judiciary Committee Subcommittee on Intellectual Property hold a series of high-profile hearings on a legislative proposal to abrogate Alice. The STRONGER Patents Act was reintroduced shortly after.

Below is our summary of some of the most important patent stories of the previous year.

The year began with an announcement from the USPTO that it was issuing revised guidance for subject matter eligibility under § 101. Evaluating subject matter eligibility has been a thorn in the side of the USPTO examiner corps ever since the Supreme Court’s 2014 decision in Alice Corp. v. CLS Bank International, 573 U.S. 208, which resulted in serious confusion over the patentability of claims directed to abstract ideas. In that decision, the Court held that a patent claimed ineligible subject matter if (1) it was directed to an abstract idea, and (2) lacked an inventive step that rendered the invention “significantly more” than the abstract idea itself. But the USPTO has struggled to implement that standard, as virtually all inventions necessarily are based on abstract ideas at some level, and the Court failed to define what “significantly more” means. To clear up that confusion, the new guidance breaks down “abstract ideas” into explicit groups of concepts:

The new guidance limits abstract ideas only to these concepts; therefore, if an examiner finds that a patent claim does not fall into one of these enumerated groupings, he or she should not find that the claim is directed to an abstract idea (known as “Alice Step 1”). The guidance then provides a new procedure for examiners to use when evaluating whether a claim directed to one of the specified concepts is nonetheless patentable by integrating it into a practical application or providing an inventive step (known as “Alice Step 2”). It is hoped that the new guidance will simplify the Alice framework and introduce more consistency to the USPTO’s handing of § 101 rejections.

The provisions of section 101 shall be construed in favor of eligibility.

No implicit or other judicially created exceptions to subject matter eligibility, including “abstract ideas,” “laws of nature,” or “natural phenomena,” shall be used to determine patent eligibility under section 101, and all cases establishing or interpreting those exceptions to eligibility are hereby abrogated. (emphasis added)

The eligibility of a claimed invention under section 101 shall be determined without regard to: the manner in which the claimed invention was made; whether individual limitations of a claim are well known, conventional or routine; the state of the art at the time of the invention; or any other considerations relating to sections 102, 103, or 112 of this title.

Recognizing that such a radical proposal could fundamentally reshape the law of patent eligibility in the United States, the Subcommittee held a series of hearings to elicit feedback from stakeholders in the patent world. Many high-profile witnesses testified both for and against the proposed bill, including a former chief judge of the Court of Appeals for the Federal Circuit, a former director of the USPTO, and chief IP counsel of some of the largest corporations in the country. Those in favor of the draft bill generally based their support on the erosion of patent protection in the technology space and the unsustainability of the current system. Those who were opposed acknowledged the flaws of the current system, but preferred a less radical approach that refrained from sweeping away so much judicial precedent. As of the date of publication, the draft bill has been sent back to the Subcommittee for refinement, with no further developments.

Shortly after the Subcommittee hearings wrapped up, Senator Coons — a cosponsor of the draft § 101 bill above — introduced the STRONGER Patents Act, various iterations of which had previously been introduced in 2015 and 2017. The bill proposes to undo a number of the “unintended consequences” of the AIA and to make it easier for patent owners to obtain injunctions against infringers. Some of the key provisions of the act include:

The act’s provision concerning injunctive relief proved to be its most controversial, as it would effectively abrogate the Supreme Court’s decision in eBay v. MercExchange, 547 U.S. 388 (2006), which held that an injunction should not automatically be issued upon a finding of patent infringement. Other commentators praised the act for placing limits on the PTAB, which many view as having adversely destabilized the American patent landscape. As of the date of publication, there have been no further developments related to the act.

In December of 2019, Representatives Danny Davis (D-IL) and Paul Gosar (R-AZ) introduced the Inventor Rights Act to the House of Representatives. According to US Inventor, a nonprofit dedicated to supporting the American inventor community through policy advocacy, the bill “restores patent protection for inventors and mitigates a generation of laws, regulations, and court decisions that have discouraged innovation by failing to secure to inventors the exclusive rights to their discoveries.” The bill sees the erosion of inventors’ rights coming primarily from three sources:

The act proposes to remedy these defects in patent protection through the following provisions:

The act would greatly strengthen the rights and privileges associated with inventor-owned patents, with some even going so far as to characterize them as “special rights.” Currently, the act would apply only to a very small number of patents, but the number of inventor-owned patents could grow much larger should patent-holding entities choose to take advantage of the new rights. As of the date of publication, the act has been referred to the House Committee on the Judiciary.

In 2019, the Supreme Court was preoccupied with the AIA.

In Helsinn Healthcare S.A. v. Teva Pharmaceuticals USA, Inc., 586 U.S. ___ (2019), the Court held that the AIA’s “on-sale bar” applies even in cases where the purchaser is required to keep the invention confidential. In that case, Helsinn entered into an agreement with another company to sell a pharmaceutical product that required the purchaser to keep all proprietary information it received under the agreement confidential. It then filed a provisional patent application on the drug in question. Later, Teva sought to market a generic version of the drug, prompting a patent infringement suit by Helsinn. At issue was whether Helsinn’s prior sale, which did not disclose proprietary information to the public, constituted a sale within the meaning of the AIA’s on-sale bar found at 35 U.S.C. § 102(a)(1). The Federal Circuit found that it did, holding that the disclosure of proprietary information is irrelevant to the inquiry into whether a sale occurred. The Supreme Court then affirmed, finding that even “secret sales” can invalidate patents under the AIA’s on-sale bar.

In Return Mail, Inc. v. United States Postal Service, 587 U.S. ___ (2019), the Court held that the federal government may not pursue AIA post-grant proceedings. In that case, Return Mail owned a patent that claimed a method for processing undeliverable mail. When the United States Postal Service introduced its own method for doing the same, Return Mail sued in the Court of Federal Claims, arguing that the Postal Service’s method constituted patent infringement. The Postal Service subsequently sought to invalidate the patent in a CBM proceeding. The PTAB found the claims invalid, and the Federal Circuit affirmed. The Supreme Court reversed, finding that the federal government does not constitute a “person” within the meaning of the AIA, and is therefore barred from bringing post-grant challenges at the PTAB.

As we have reported previously, the Federal Circuit issued a number of important decisions touching on issues of subject matter eligibility.

One of the most significant of those was Cleveland Clinic Foundation v. True Health Diagnostics, No. 18-1218 (Fed. Cir. 2019), a nonprecedential opinion wherein the court refused to be bound by the USPTO’s § 101 guidance issued earlier in the year. In that case, Cleveland Clinic argued on appeal that the District Court had failed to give appropriate deference to the USPTO’s § 101 guidance as required by Skidmore v. Swift & Co., 323 U.S. 134 (1944). “Skidmore deference,” as it is commonly known, “requires courts to give some deference to informal agency interpretations of ambiguous statutory dictates, with the degree of deference depending on the circumstances.” The Federal Circuit declined to exercise Skidmore deference, stating “while we greatly respect the PTO’s expertise on all matters relating to patentability, including patent eligibility, we are not bound by its guidance.” The court then justified this refusal by citing its need to apply its own case law consistently.

Like the Supreme Court, the Federal Circuit also made several important decisions concerning post-grant practice in 2019, the most notable of which was Arthrex, Inc. v. Smith & Nephew, Inc., No. 2018-2140 (Fed. Cir. 2019). In Arthrex, a three-judge panel held that the administrative patent judges (APJs) of the PTAB are principal officers (as opposed to inferior officers) who must be appointed by the President and confirmed by the Senate in accordance with the Appointments Clause. As no APJs were appointed in that manner, the ruling had the effect of rendering all prior PTAB appointments unconstitutional, and casts significant doubt on the validity of the PTAB’s rulings. To mitigate the disruptive effects of its ruling, the panel severed the employee protections of 35 U.S.C. § 3(c) from APJs, which, in its view, would remedy the constitutional defect by making APJs inferior officers not subject to the Appointments Clause. As of the date of publication, all parties to the case have filed petitions for rehearing and/or rehearing en banc.

As we look forward to 2020, we are reminded that the patent landscape is constantly shifting, and that the new year will undoubtedly bring new challenges. Don’t be caught off guard when the industry changes. Using an analytics tool like Juristat can help you see how industry changes are impacting examiner behavior, response strategies, and more. Request a demo of Juristat today.